I have been on the shady side of fifty for some time now, and twenty six of those years have been spent raising our children. Those children have grown into amazing adults, responsible, caring and genuinely funny. Conversations at suppertime were laced with stories of our day and the meals were served up with laughter and a fair amount of private jokes between the kids. My husband and I would often tell stories about what it was like for us growing up in a world before cable TV, video games and cell phones. As I am a firm believer that all things happen for a reason, this story was one of my favorites to tell and re-tell.

There are many memories from my childhood, some not so wonderful, others that still put a smile on my face and make my eyes misty. One memory I had was of a leather framed photograph that my parents kept in the living room. It was an old black and white of less than a half dozen men with long guns by their sides and dogs in various stages of exhaustion and pride by their feet.I remember not paying all that much attention to the men, or to the dozens of rabbits hanging upside down behind them. It was the pack of beagles, all seemingly identical (as a black and white photograph could not display the color variations if there were any.) except for size.

It wasn’t until I was older that my mom explained that it was photo was of my grandfather and his pack of beagles after a hunting trip. Herbert Stier had passed away long before I came along, and I learned that he loved and raised beagles for many years. Several times my mom would tell me the story of how he went out with his two favorites into the woods one day, only to lose track of them when they left his side to run after a scent. Herbert worked his way back towards home and in a clearing by the forest’s edge he laid his field jacket. The next morning he returned to the spot to find his jacket and his two hunters lying and awaiting his return, hungry and happy to have their head scratched and lead home. Cool heads and basic instincts on both sides had prevailed.

Our family had several dogs while I was growing up, some were with us for a very short time for one reason or another. Being a child, I would sometimes come home to find the dog had “gone to live on the farm”.  As an adult, I still prefer to think of my Scout or Cocoa living out their lives romping in fields by day and sleeping next to a warm fireplace at night. 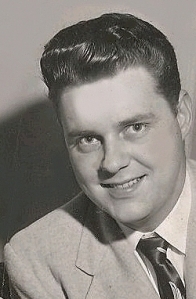 My father drove a delivery truck for a dry cleaner back when I was eleven and he asked me to come on his route from time to time. One late summer day he asked me join him. It was afternoon and he was on his last stop when he told me to stay in the truck. When he slid the side door open I was expecting to see a bag of dirty laundry being tossed into the back with me. But Dad climbed up the step into the back and as he gently lowered a small dog into the canvas laundry cart next to me, he said “This is Baron; he’s coming home with us.” This little hound dog came into our family after being rescued off a local beach and nursed back to health by a vet who was friends with my Dad. I would like to think that my Dad knew how important this little beagle would become to me. And maybe he knew that the family tradition of raising hounds could be renewed.

Its been a long time since my parents divorced and longer still since the day my father introduced me to my best friend. But I still remember how much I loved Baron and came to depend on seeing him when I came through the front door after school. He sat by me while doing homework or watching TV and would hog the bed and my blankets each night. This little dog gave me unconditional love and became my only confidant during some troubled years. Baron’s quirky way of tilting his head when I spoke to him, or baying when a siren on the street would sound were instrumental in my budding love affair with this breed. Baron was my very first “Aroo” and left us far too soon.

Now with my own family, we have loved and been loved by Lucy who until she was eleven, was a healthy, mischievous hound. After saying goodbye to her and nursing broken hearts, our family invited a little rescue beagle named Haley into our home (Thank you B.O.N.E.S. the Beagles of New England States rescue). I was in a dark hole until this little girl looked out from the internet and called to me. Her light in her eyes made mine misty and we were lucky to have her with us for a very few years before her kidneys just stopped working. And now we have Molly and Abbey, a pair of crazy, lovebug beagle sisters that whirl through the air one minute and climb up my legs to sit on my lap the next. Life with these two is never dull and as exhausting as it can be somedays, I would not change a thing.

If you would like to find out more about Beagle rescue and their search for “Forever homes”, please go to http://www.bonesbeagles.org/ and meet some real sweeties!

1 thought on “All In The Family”